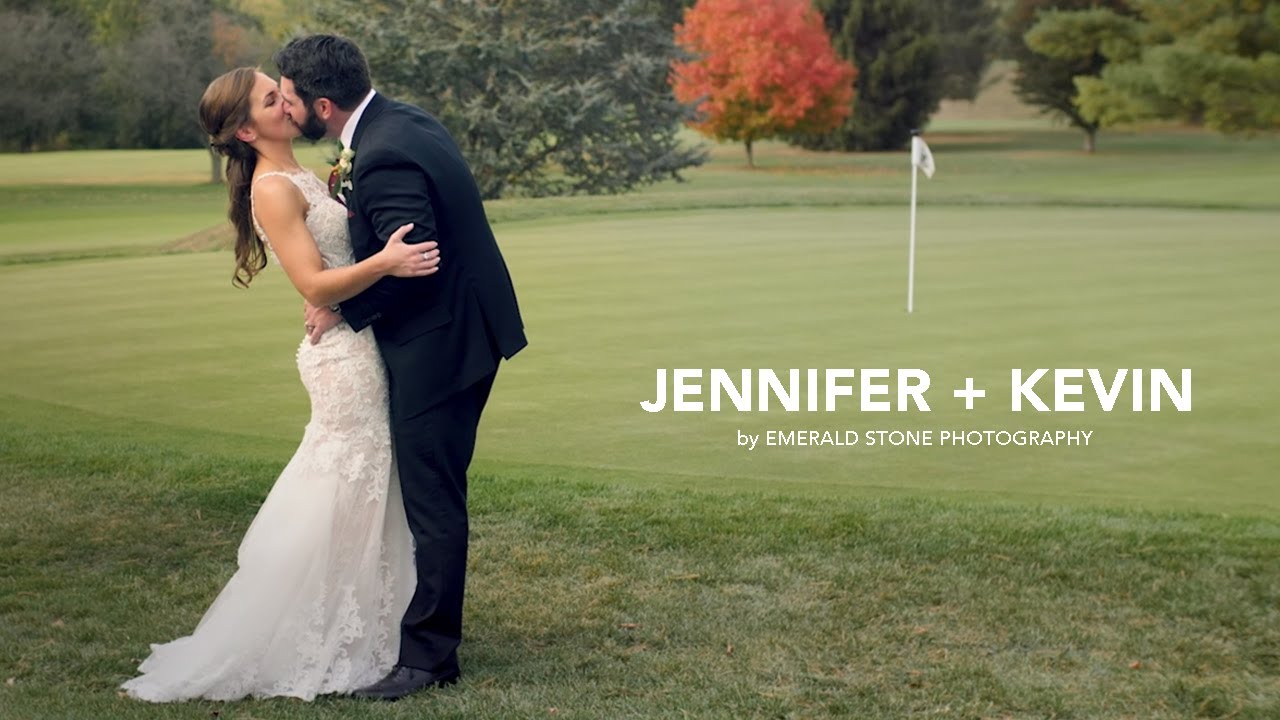 Jennifer and Kevin’s wedding day barely needs an introduction… it is perfect all on its own.

Emerald Stone was so humbled to be able to film this beautiful day with our videography team, especially because it was so filled with love, laughter, and AMAZING views of the Carlisle Country Club. Their sweet story started in North Carolina…

East Carolina University is where it all really started (whether we realized it or not). In 2012, Kevin was living at Sunchase apartments in Greenville, NC and I happened to be spending a lot of time at these apartments… actually, directly across the breezeway from one another! We crossed paths from a distance and knew of each other but nothing more.

Then in 2014, we graduated and went on our separate ways. Fast forward to 2017… we were both on a dating app and living in the North Carolina triad. Our first date lasted 3 hours, and we started dated a few weeks later! On November 8, 2019, I came home and found rose petals, lit candles, and bouquets of flowers leading me out to the back deck. I opened the door and saw Kevin (accompanied by our dog Torin), champagne, and roses where he asked me to marry him. Clearly, I said yes! Thank you to my sister who was hiding and captured it all. -Jennifer

We’ll let Jennifer and Kevin’s highlight video to all the talking for us. Thank you so much to this wonderful couple for letting Emerald Stone play a role in their happily ever after.